The stationary concrete pump is also named trailer pump, which is the popular machine in Philippines. Duing using this pump, you may meet some problems. Below is a list of possible problems and corresponding solutions. If you encounter these problems, you can also try to solve them.

We will introduce some of the problems that can occur with concrete pumps according to their different systems. 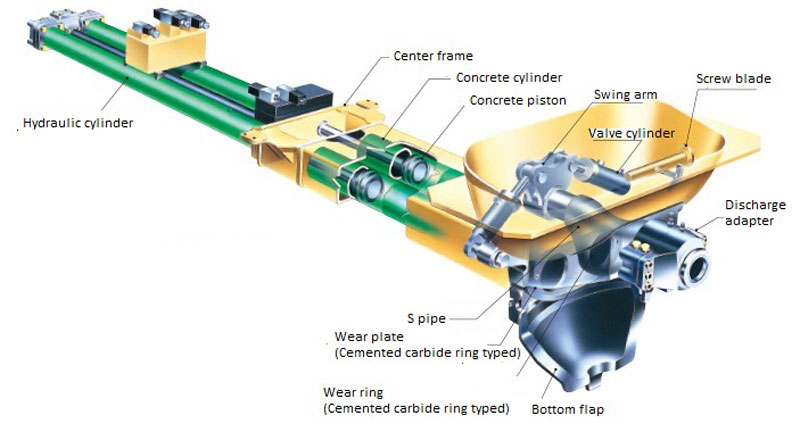 Faults: The center of the hydraulic cylinder is deflective.

Faults: S tube does not swing.

Faults: Due to poor pumpable characteristic, mixing resistance is very big or mixing blades are blocked.

Solution: When they are blocked, rotate the blades reversely.

Faults: The setting pressure of relief valve is not enough.

Solution: Use wood to block blade and readjust the pressure to 14Mpa.

Faults: Mixing motor has been damaged or the gear for mixing system is damaged.

Solution: Check and replace it if necessary.

If you want to get more information about static pumpcrete machine, welcome to contact us directly. We are glad to answer any question at any time!

Get In Touch With Us

If you have any questions or suggestions, please fill in the following form, Daswell will serve you wholeheartedly.